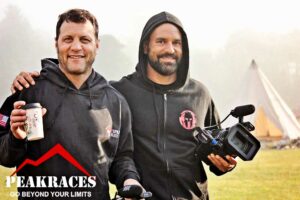 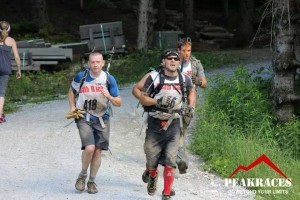 CATCH PHRASE: “EVERY MAN DIES, BUT NOT EVERY MAN LIVES” –

1)  To tell the WHAT, WHERE AND WHY HISTORY of the DEATH RACE through the eyes of its creators—Joe Desena and Andy Weinberg and some of its competitors.

2)   To show some of the best moments of the “Summer Death Race” competition over the last ten years.

WHAT IS DEATH RACE?”

The Death Race is the ultimate challenge, designed to present you with the unexpected and the completely insane! Nothing else on earth will challenge you like The Death Race. Every Death Race is its own uniquely brutal challenge. No two races are alike. The race, created by Ultra athletes Joe Desena and Andy Weinberg, was developed as a way for athletes to test themselves both mentally and physically.

10 YEARS WORTH OF DEATH RACE EVENTS have produced some interesting footage and fodder for conversation. Rick Cohen plans to explore the why, what and where behind the phenomenon known as The Death Race all while preparing himself for his first attempt at completing the event.

WHERE IS DEATH RACE?

The Death Race takes place in the unexpectedly challenging terrain of the Green Mountains in and around Pittsfield, Vermont.

HOW LONG IS DEATH RACE?

Rick Cohen will document his training regiments, daily activities as well as his rehab after tearing two rotator


Relationship challenges and every day trials and tribulations of life in his attempt to become an elite endurance athlete in his 50tth year of life! We will follow Rick Cohen utilizing the below disciplines and training methodologies. These experts will contribute pertinent information leading to Rick’s success as an athlete and death race competitor. Some of these include but aren’t exclusive to:

Our approach is to have Three Camera Operators and two Sound/PA/DITs capturing interviews, host stand-ups, time-lapses, event coverage and b-roll with Canon 5D’s and GoPros along with some specialized, high speed photography of the event.


APRIL 29 – TWO MONTHS OUT FROM SURGERY. We will cover Rick’s rehab and physical training.