Every person who ever played “the game” wishes he could play forever.  Whether you were a little league slugger, a high-school hero, or the big man on your college campus, those youthful experiences leave a permanent mark.  In our twenties, “we don’t know enough to know what we don’t know.”  In our forties, however, the switch turns. We’re more honest about the mistakes that we’ve made, less ashamed of our past, and more willing to make changes.

Faded Glory is the true story of a group of aging athletes, friends for over 20 years, who never gave up the dream of playing baseball at a competitive level.  Through the lens of their manager, Rick Cohen, we travel cross-country to discover the tribulations of the Network men, a 38 and-over amateur baseball team.  It’s an in-depth look at how each player was forced to fight against personal demons. It contains the 7 “I”s: intervention, incarceration, infidelity, incompetence, injuries, illnesses and insanity.  Throughout the film, one thing becomes apparent: dreams of our glory days fade faster than we could have ever imagined.

Faded Glory has everything a sports movie needs: lovable but misguided underdogs, a complex father-son relationship, broken dreams with some honest, touching revelations as well as confessions from the “over-the-hill” gang.

The story begins in 1990 when Manager Rick Cohen and two friends, Jim Davidson and Chris Bruno, formed National Network, the first amateur baseball team to play out of Manhattan.  Sadly, after a series of internal clashes and cross-country moves, along with winning a league championship, Network fell apart after one season.  In 2007, Rick Cohen decided it was time to reunite the team…but where did they all go?  Would they really be excited to lace up their cleats again?  Would they even want to reunite?

During Rick’s personal journey, he quit his job, divorced his wife, and hit the road to seek out his old teammates. His goal was to inspire his friends to find their higher purpose in life.  Seventeen cities and eighteen players later, Network resurfaced in its newest and most dynamic form. This time Network would compete on a much grander scale– the 2007 National Amateur Baseball Association World Series in Phoenix, Arizona.  What happened next was magical…and Rick’s cameras were there to catch it all.

The Network team is an eclectic bunch:  three actors, a rap music mogul, two top professional poker players, a tenured university professor, a Coca-Cola executive, a newscaster, a computer technician, financial broker, a screenwriter, e-commerce executive, recycling specialist, an insurance salesman, a mortgage broker, a hard-core drummer, a landscaper, an apparel entrepreneur, and even a Gulf War veteran. The bond that unites this motley crew is their love for baseball and their desire to correct their mistakes from the past…and move forward. In their attempt to win a national championship, these men discover who they once were…and who they are now.  The stories are frighteningly real, the messages enlightening, the results uplifting.

“Friendship enhances the good in life and diminishes the evil.”

Faded Glory is a film is about friendship, about overcoming hardships, about resisting Father Time and, finally, winning that elusive title. 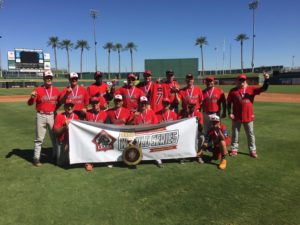 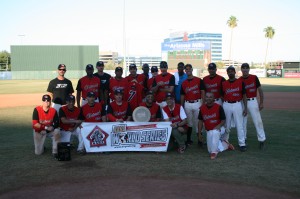 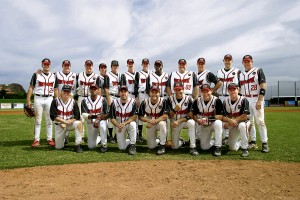 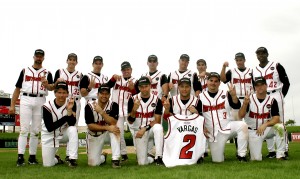 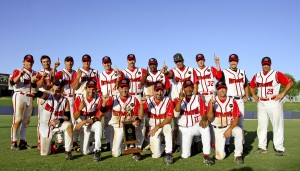 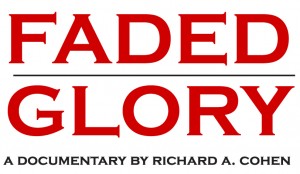