Produced in association with Spartan, Inc.

“Mark Webb is a 44 year old single dad raising his 9 year old son, Xander, in Manchester, New Hampshire. Growing up in rural England, Webb was a skinny, short kid who wasn’t much of an athlete. It wasn’t until he moved to the U.S. for work that he began to sign himself up for long-distance endurance events. With time and training, his mental strength sustained him through intense physical tasks, eventually upping his game to adventure and obstacle course racing. He conquered that world and became an elite competitor. To Xander, Mark was superman. To the rest of the racing community he became somewhat of a long-haired, hippie, cult figure, a celebrity in their community. He even completed the one race that seemed unattainable to him for years: The Death Race (four times!). But weeks after he completed the 2014 event, everything came to a screeching halt. Webb lost his lower left leg in a motorcycle accident. Webb thought his competition days were over. Xander, who once saw his dad as indestructible, now had to inspire him to come back even stronger. Just 1 year after the tragic accident, Webb attempts to do the unthinkable– compete on his new prosthetic leg in the grueling Super Spartan event, September of 2015. 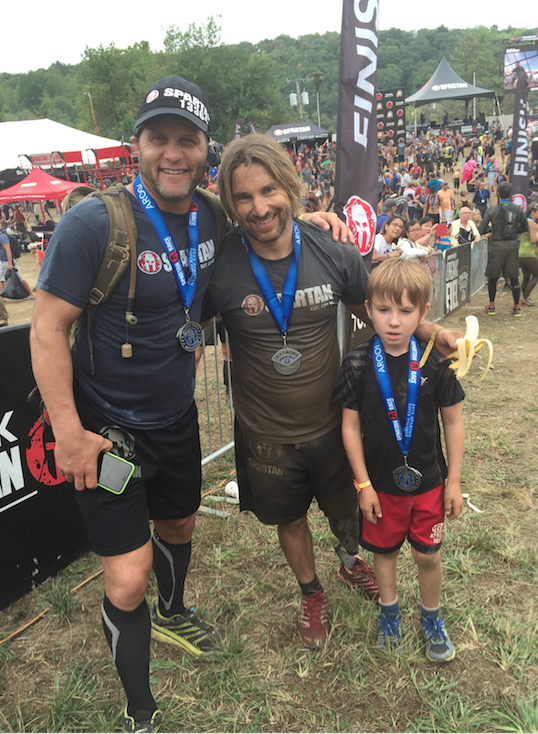