“SUPERBIRD” brings to the forefront American ingenuity during a time when dreams were plentiful, inspiration boundless and man was racing to the moon. Three former NASA engineers are recruited by the Chief of Chrysler Racing to design a car that will stop Ford’s three-year NASCAR winning streak and save Chrysler’s racing program from being terminated. Superbird is the story of how a group of real-life rocket scientists reversed a NASCAR losing streak…and crafted the most exotic stock car ever made.

Inspired by the world of stock car racing in the late 1960s and early 1970s, SUPERBIRD is HIDDEN FIGURES meets THE RIGHT STUFF meets DAYS OF THUNDER. 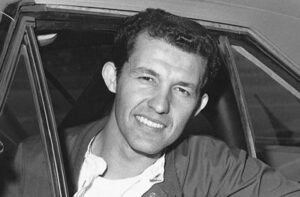 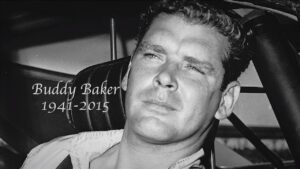 As the 1960s comes to a close and Neil Armstrong takes “one small step” onto the moon, 75 miles north of Cape Canaveral an intense competition between two automobile giants is playing out that made the space-race look like mere child’s play. The Daytona 500 is promoted as the “Super Speedway Showdown” between Chrysler and its arch-rival Ford, the incumbent champions. Charlie Glotzbach, Chrysler’s best hope in 1969, lost the lead on the final lap when Ford’s LeeRoy Yarborough narrowly beat him to the checkered flag by half a car length.

McCurry recruits three former and current Apollo engineers — Jon Pointer, NASA team leader during the Apollo One disaster, Gary Romberg, a fresh-faced genius who washed out of flight school, and Billy Marcel, a boozing, reckless, playboy with a sordid past to rapidly dream up an exotic vehicle. They take their sketches to McCurry and he quickly rejects all of them. Finally, they show him a car they claim can’t lose— with a sloped nose, scoops over the fenders and a huge 5’ rear wing. McCurry famously remarks, “God it looks awful. But will it win races?” Told it would, he responds, “Well, then damn it… go build it!”

The Daytona Project experiences numerous trials and tribulations on and off the track. The car must not only go fast, but Chrysler must also sell 500 street versions before the next season begins in order to qualify for the competition. Throughout their test drives, the car’s nearly 200 mph speed causes driver’s teeth to chatter, vision to blur and brains to blackout. Using their aerospace expertise, a secret wind tunnel visit to Lockheed, and some ingenuity and science, the designers implement solutions they developed for Apollo astronauts during the Space Program.

Intrigue and espionage come into play as Ford spies on Chrysler’s top-secret project and covertly develops its own “supercars”– the Ford Talladega and Mercury Cyclone. These additions make the season highly competitive and pique fan interest.

Along the way are the intriguing B and C subplots driven by several strong female characters that are timely for that period. McCurry’s feminist, liberal, activist daughter, Sherry, whose dream of going to med school might be curtailed by her father. Loretta Jackson, McCurry’s African American Administrative Assistant whose dream of working on cars was derailed by her own father, Stanley, the plant supervisor. Pointer’s wife, Donna, who makes a bold move to protect her family… And finally, Janet Derosa, a Car & Driver journalist with an agenda, and an eye for Marcel.

The final piece of the puzzle is wooing back long-time Chrysler driver and two-time Daytona 500 Champion, Richard Petty, who left for Ford earlier in the season. The designers go so far as to mock up a model 43 Daytona and deliver it to his home at midnight. After seeing the powder blue Superbird, Petty returns to the team.

The film climaxes with the 1970 Daytona 500. The race boasts over a dozen winged wonders, including two powder blue “SuperBirds.” Petty pilots one, and his teammate, Grand National Rookie of the Year, Pete Hamilton, mans the other. Just 8 laps into the race, Petty blows an engine. Everyone assumes he will take over Hamilton’s ride. With strong conviction in his voice, he tells the Motor Network– “That’s Pete’s car. He’s going to do the best he can with it.”

Hamilton’s “best” is impressive. He battles up front for most the race and is in 2nd place with 9 laps to go.  Hamilton deftly navigates his way past the leader David Pearson before realizing that Pearson has “suckered” him into taking first place while positioning himself perfectly behind him for a final lap pass. They race bumper-to-bumper for two laps, and every time Pearson makes a move, Hamilton boldly blocks him.  The Superbird cannot be drafted! The checkered flag falls, Hamilton wins…

The following year, rule changes all but eliminated winged cars ending one of NASCAR’s most dramatic and compelling seasons. Despite its brief existence, fans continue to romanticize the “Super Car” era and collectors still prize the exotic cars it produced. 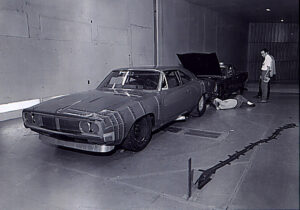 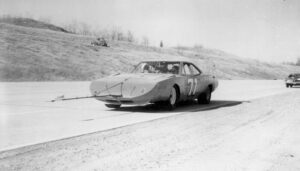 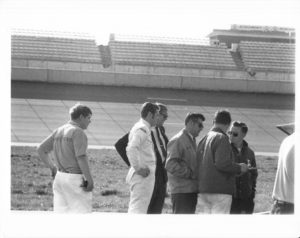 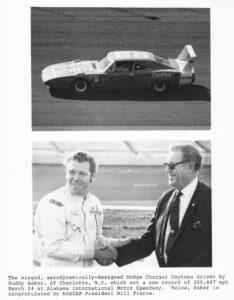 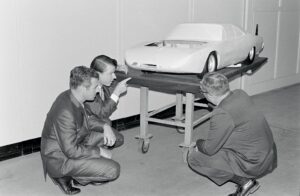 The main story arc and all of the subplots will be woven together during the team’s  Victory Lane celebration. “Like the moonshot, they said it couldn’t be done, but we did it.”